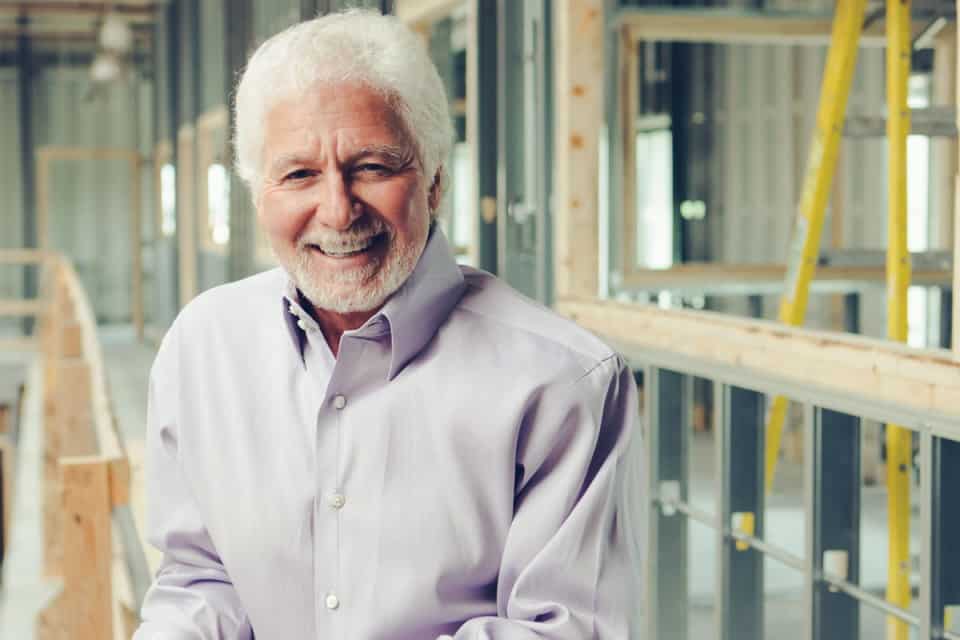 From the outside, Dennis Circo’s Enterprise Center at 96th and L streets looks like a lot of other buildings under construction. But once you walk through the temporary entrance, you’re immediately struck by the intricate beauty of what is becoming one of the city’s most upscale office buildings.

The Enterprise Center once housed Circo’s company, Precision Industries Inc., a longtime Omaha company that was a giant on the international scene of integrated supply-chain management and industrial distribution. It served dozens of the country’s top Fortune 500 corporations. Circo sold the company in 2007 but retained numerous properties throughout Nebraska, Iowa, Missouri, Arkansas, Texas, and Tennessee. The sale was surprising, he says now, since the company was never actually for sale.

Circo said he was hesitant to sell the company—it defined who he was. But when the eventual buyer, DXP Enterprises, came to him with an offer and met every demand Circo could raise, he decided the time might be right to sell.

“I was one of those people who I thought would die at my desk,” he says. “I was traveling four days a week, putting in a lot of hours, and my health wasn’t great.”

The sale, though fortuitous since it happened just months before the country’s headfirst dive into recession, was hard on Circo. Harder than he ever imagined it would be.

“I was like those football players who retire and then get lost in the foggy wilderness,” he says. “They don’t know what to do with themselves. The game defines who they were.”

The company was founded in 1945 by his father, Sebastian “Seb” Circo, who died in 2005. The company had survived tough times, particularly in the early 2000s. After the Sept. 11, 2001, terrorist attacks, one of Precision’s clients, Delta Air Lines, went bankrupt. Several large steel mills that Precision worked with closed.

Precision Industries defined Circo for most of his life. He started driving the delivery truck during the summer as a 16-year-old and joined the company full-time after graduating from Creighton University when sales were at $2.9 million. He saw it grow to $300 million annually when it sold.

The company’s 700 employees were family to Circo. He says he was close to selling Precision in 2005 after his father’s death, but couldn’t do it. But in 2007, Circo’s thinking began to change.

“I looked in the mirror and thought maybe this is what I’m supposed to do,” he says.

The years following the sale affected Circo in ways he didn’t expect. For several years, he says, he suffered from an identity crisis. The Enterprise Center project, buildings in other states, and the new challenges they bring has helped to re-energize Circo.

Space in the Center, which already has tenants working in the building’s first of three planned phases, already is in high demand. Circo marveled how Mark Simonson, vice president of marketing and management, leased all 30 available spaces in the first phase in less than 45 days. During a tour of the building the two joked that a lot of those customers didn’t need much prodding to sign on—simply walking into the building and seeing the interior often was enough.

“This is a different concept in Omaha, a total concierge environment, where all services are provided,” Simonson says. “We’ve taken it to a different level, a level of elegance that isn’t offered elsewhere in Omaha.”

Circo and Simonson agreed that it helped that Omaha’s business community knows Precision Industries and the Circo family had over 60 years of service and success in the industrial community, and that this new venture would be a first-class operation.

The interior features lots of wood, crown molding, high ceilings, granite, marble floors, and an event room that will handle up to 100 guests.

Tenants also have access to a full-time, live receptionist, state-of-the-art meeting rooms, high-definition video teleconferencing capabilities, and full-time IT support. There are board rooms, conference rooms, and event rooms. A variety of floor plans is available, and tenants can choose between furnished and unfurnished offices.

Tenants can choose from long and short-term office agreements. In addition, the building is located on one of the city’s busiest thoroughfares and is only minutes from the interstate. Among the early tenants are AFLAC, a mediator, and a number of insurance agents and attorneys. The second and third phases are about 90 days away from completion. The building will house about 160 offices and cost about $4.5 million to renovate.

“It’s been a fun project,” Circo says. “It has genuinely rejuvenated me.”

The Enterprise Center isn’t all that has kept Circo on the move lately. Over the last few years, he has become more open about his philanthropic ventures. In May, the Dennis P. Circo ‘65 Memorial Plaza at Creighton Prep was dedicated. Circo, a graduate of Prep, noticed the name of Circo’s mother’s first husband, John Cantoni, was missing from a wall memorial honoring Prep grads who had died in battle along with 333 Jesuit Priests, Brothers, teachers and mentors. From there grew into a larger outdoor memorial that he funded. Circo’s mother, Olive, passed away in July.

Circo also sponsors 55 scholarships that allow minority students to attend private schools across the metro. The scholarships cover all their costs. Photos of many of those students are displayed prominently in his office area inside the Enterprise Center.

Circo also has started numerous scholarships at Creighton University, his alma mater, in the name of some of the priests there. And in the Enterprise Center, Circo has donated space to one of his favorite nonprofits, Saving Grace Perishable Food Rescue and Delivery, which collects food donations with a truck and delivers it to Omaha’s needy.

Circo also gave Saving Grace the money to purchase the refrigerated truck that is used in gathering and delivering food donations.

He says that, for years, he helped charitable organizations behind the scenes, choosing to remain anonymous and shun attention for his giving. But, he says, that changed a few years ago after meeting with a priest at a school located in one of Omaha’s most impoverished areas.

“The priest told me a story about a well-known, very wealthy local Omaha businessman who he approached for a donation. The priest told this businessman that when he came to this particular school and neighborhood it was a very dark place with little or no hope for the students and he was trying to bring some hope there. He asked this kind and generous businessman if he would consider sponsoring one child all the way through high school up into college. The businessman told the priest, ‘No. I won’t do it for one student; I’ll do it for all students that meet certain minimum criteria.’”

Circo says that act of kindness was the inspiration for the Circo Scholarship Program.

“So you see, there is an upside to not remaining anonymous,” Circo says. “Generosity is contagious.”

Read more on our blog about everything from networking to coworking. Stay informed and up to date!